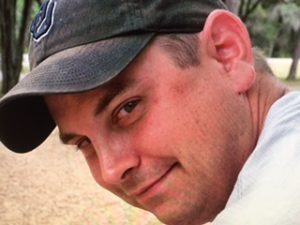 Tyler McGuire was my brother in law. He was a true friend and a bad ass. We all have difficulties in life and unfortunately Tyler was dealt the difficulty of bone cancer.  We lost him in January of this year. I have attempted to accept a lot of difficulties in my own life but accepting that he has passed is at the top of the list. Tyler didn’t just get cancer, he battled it to the end. He believed in fighting the good fight and always encouraged me to keep moving forward no matter what. Tyler had a huge heart and was full of love. His spirit motivates me daily to give back and try to help others through my work as a counselor. Here’s to you brother, we love you and miss you.

I wrote the words below a few days after he died. Our friend, Phyllis, with the FUMC of Fort Worth, was kind of enough to read this for me at his funeral. Please see below. Thanks.

I love you, brother.