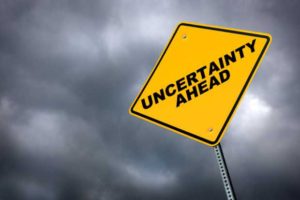 Human beings often want to “fix” what ails them. It’s our nature. If we have a headache we might take an aspirin. If we have car trouble we might call a mechanic or try to “fix” it ourselves. Chances are the aspirin and the mechanic could be helpful. With OCD, we are often left with a different situation. With endless obsessions and compulsions, we often try to “fix” the situation by doing compulsions only to find the OCD continuing to grow. If we are obsessing about something happening to a family member because of a thought we had, we might then try to “fix” the situation by touching a doorknob 8 times. This may or may not lower our anxiety for a brief moment but then the OCD will rear its ugly head somewhere else or even keep us stuck with the doorknob. If we touch that doorknob “just right”, or say that specific prayer a certain amount of times, then we can feel better about the situation and make it “okay.” Sound familiar? We know that this does not work, maybe for a brief moment we think that the compulsions gave us a break, but once again the cycle continues. Research shows that “talk therapy” is usually not helpful for OCD. We can “talk” about OCD for days, however discussing why it happened or where it came from usually won’t have any positive effect on our symptoms. We will always have OCD, but the good news is that the symptoms can be decreased significantly and often managed through the help of Exposure and Response Prevention. An example of this would be putting ourselves in an anxious situation on purpose, knowing that our OCD and anxiety symptoms will be increased. That is the Exposure. The Prevention part of this technique would be withholding from the compulsions. Over time, by continuing to place ourselves in these situations on purpose, and by attempting to withhold from the compulsions, we can see ourselves less bothered by the OCD symptoms. It’s often helpful to have a therapist to work with that is trained in Exposure and Response Prevention. As we know, OCD is often fueled by doubt. Living with uncertainty is actually what we want to strive for, because in reality, life is uncertain. It doesn’t make sense at first because we may have tried for months or years to “fix” our doubts or obsessions by taking part in our rituals or compulsions. We often think that this can make us feel “certain” that we or the situation is “okay” for the moment. How soon we see that this is only temporary. We see that being present with the Obsessions and not trying to “fix” them is where we could find some freedom from this stuff. Let’s say for a moment that OCD is a big bully. If we are in the bully’s presence, and we stop giving into the bully’s demands, we often see it can be less and less bothersome to us. As we know, OCD symptoms can pop up anywhere. Our daily lives can become one big exposure, and this is more good news by the way. It can be scary at first, but over time we can see how putting ourselves or our thoughts into these situations on purpose can be helpful. By withholding from our compulsions or rituals we continue to starve out the OCD.

Trying to figure out why we have OCD or what caused it may be tempting when an individual is first diagnosed but it often just leads to more useless rumination. Again, we have seen this used in “talk therapy” and is rarely helpful for OCD. A Cognitive Behavioral Therapy approach and Exposure Response Prevention has been shown to be the most effective at treating OCD. We try to “fix” OCD by no longer trying to “fix” it with compulsions and rituals. We purposely raise our anxiety levels to slowly see that our anxiety will come down on its own without our compulsions and rituals. Just like with the bully example, we can acknowledge that the bully or OCD is there, but if we stop giving into the demands, they often float off into the background. Seeing the thoughts in a more accepting way, without trying to fight them or “fix” them, will eventually give them less power over us.